Are you a fan of Aston Martin cars? The British automaker was founded over a century ago in 1913. The company became famous for high-end touring cars during the 1950s/1960s. Aston Martin’s sports cars have become a cultural icon of Britain. It’s been one of the most popular auto brands of James Bond following him driving a DB5 model in “Goldfinger” (1964). 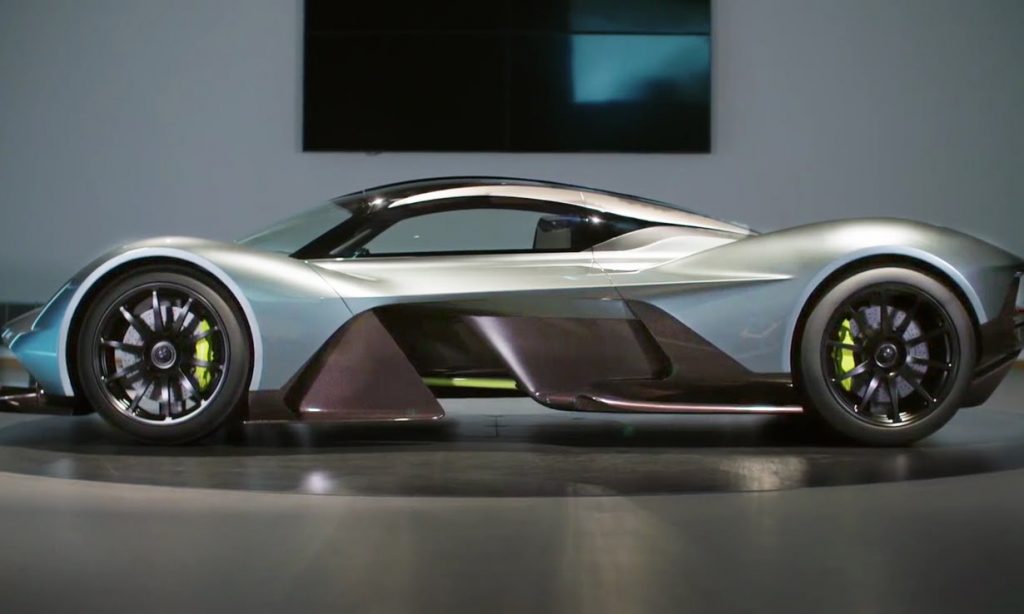 This $3 million hyper car is a collaboration of Aston Martin and Red Bull. The vehicle looks like one from a video game and the main goal of the vehicle is to design the world’s fastest street-legal car. It’s set to be launched in late 2017. The AM-RB 001 features a small driver compartment, sleek aerodynamics. There will reportedly be a track-only and street-legal version with the target speed of the track model being as fast as the LMP1-class Le Mans.

This $2.3 million supercar was first announced in 2015 and the company has stated it is only producing a few dozen units. Each of the vehicles has a carbon-fiber rocket with an 800 horsepower V12 engine. This followed the company’s release of the One-77. The Vulcan’s engine is mounted a little behind the front axle.  The automaker has announced that the power-to-weight ratio is over GTE-class vehicles.

Aston Martin celebrated its centennial birthday in 2013 and launched the Vanquish so its fans could join the celebration. The vehicle includes a 6.0-liter V12 engine that produces 568 horsepower. It also has a top speed of 201 mph and can go from 0 to 60 in a mere 3.6 seconds. Vanquish also includes a high-end interior. This is a great way to celebration the famous automaker’s birthday.

Aston Martin has a history of producing some of the world’s top grand tourers. However, in 2010 the company joined the supercar sector with the One-77. The vehicle has a huge 7.3-liter V12 engine that produces 750 horsepower. The super-limited vehicle had a production run of 77 units. It can go from 0 to 60 in 3.5 seconds. The 2011 model cost $1.1 million.

← 4 Reasons why you should do a supercar track day
What is a supercar experience day? →